-----
Names
40'40", 2013
This work is made in an artist running collective studios / residence program in the center of Brussels. The city consists a multicultural, diverse of nationalities. People hold different background but still share the space, activities and knowledge. I captured the circumstance by interviewing people who are in the collective work space, about their stories of derivation of their names. At the end of the residence program I exhibited the 15 stories + 1 story about the organization, as a part of a collage with images of trees in mythology on a plexiglass. Name is coming from history and culture, even the names transcend their nationalities. The knowledge and the wishes create a new name. It is also like a tree, from roots to fruits to seeds / past - now -future with esperance.

-----
Sunrise and Sunset
11’ 30″, 2011
A part of the installation work 'Flowers'. It is projected a conner of the room, looks like a book open. Recorded in Egypt, the landscapes of Nile. It is a poetic reference of the passing of time, history and imagination. Ancient Egyptian had believed that the two lands, the boundary running along the Nile, had different roles. the east side of the Nile, the direction the sun rises, is a land of the living, and the west side, where sun goes down, is for necropolis. I am fascinated by the mythical story which consists logical analysis of the nature's law and their imagination. Eyes from contemporary living situation, filled with technology, the story is very dreamy, but on the other hands, I feel ancient reality, a sincere desire to know why things are the way they are.

A part of the installation work 'Flowers'

Tow Video works for installation 'The Dream of Butterfly'
Woman and man, separately projected with objects
in a room on the two opposite walls.

A part of the installation work 'Fragments' 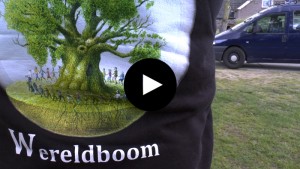 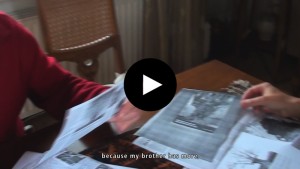 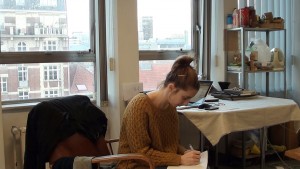 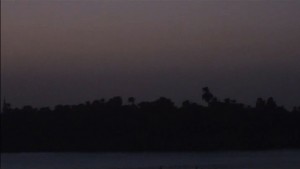 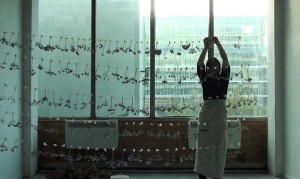 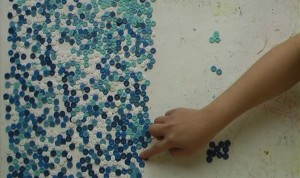